The Evolution of Hong Kong’s Yoga Industry
Guides
May 21, 2018 by Dervla Louli
0

There has never been a more trendy time to practice yoga or be a yoga teacher in Hong Kong, and some may argue that the ancient practice has become completely commercialised by large brands and social media. However, at CompareRetreats.com we are always happy to see trends that make people healthier, happier and more mindful become mainstream (and we’re also 100% pro wearing yoga pants all day, every day). We’re data nerds and love crunching numbers, so we got in touch with some heavy hitters in Hong Kong’s yoga scene to find out just how far the industry has evolved between 1971 and 2018.

The yoga industry is experiencing exponential growth in Hong Kong and it looks set to continue on this course for the foreseeable future. Yoga Teacher Training programmes are more popular than ever, and there are classes available from sun up to sun down every day of the week. Pure Yoga’s network of studios is expanding aggressively, more boutiques studios are opening up, and international masters are flocking to the island for workshops, festivals and conferences. But it wasn’t always like this.

In 1971 The Raja Yoga Society for meditation had just opened, yoga classes were done in community centres, and it was impossible to buy mats, belts and blocks. Yoga Central Founder Robin Tassie recalls having to buy yoga props from the United States and making sandbags for yoga weights using sand from Lamma Island before opening up Hong Kong Island’s first purpose-built yoga studio in 1999. Similarly, Red Doors Studio founder Martha Collard remembers a health store telling her she couldn’t advertise yoga workshops as it was promoting a specific religion. Things have evolved significantly since then and there are a number of popular yoga styles that are taught widely in Hong Kong including Hot, Hatha, Vinyasa, Power, Yin, Alignment, Ashtanga and Aerial, to name a few.

Pure Yoga was the first company to introduce Hot yoga to Hong Kong with the opening of their flagship Centrium studio in 2002. The style immediately appealed to the fast-paced population who wanted to get a fast and efficient workout in, while working up a sweat. Memberships in their first studio soared fast, and they now have ten branches in Hong Kong. The busiest is the Langham Place 35,000 square-foot studio that has an average of 1,400 check-ins per day and over 800 group classes per month. Pure Yoga studios offer a broad spectrum of yoga, meditation and pranayama classes as well as workshops and Teacher Trainings, making it a popular choice for beginners and advanced students.

Pure Yoga’s busiest venue is Langham Place: a 35,000 square-foot studio that has an average of 1,400 check-ins per day and over 800 group classes per month.

It’s impossible to talk about yoga in Hong Kong without referring to Pure Yoga frequently. Their large studios in strategic locations and fast expansion that doesn’t look set to stop anytime soon have made them the industry leaders. However, many other medium-sized studios have shaped Hong Kong’s yoga landscape significantly too. Two such examples are Dickson Yoga, which caters to Cantonese clientele, and Anahata who focus on teachers from great yoga lineage. All three studios have tapped into the lucrative business of Yoga Teacher Training courses, and hundreds of teachers have graduated from their programmes.

As the number of yoga teachers rises, so too does the number of small studios opening up around the city. Boutique studios are nestling in beside large and medium-sized studios and offering a personalised approach that big studios can’t provide. Two such studios with cult followings are The Practice in Central and Kita Yoga in Sheung Wan. Both businesses have focused on branding, social media, community building and a tight team of top teachers to cement their place within Hong Kong’s competitive yoga ecosystem.

With yoga studios, teachers and students increasing in Hong Kong every year, it’s natural to question what is driving growth. While there have been many studies on the benefits of yoga, the results are inconclusive due to small test groups, no control group or lack of concrete evidence. However, prominent Vinyasa Teacher, workshop leader and Lululemon Ambassador Victor Chau has his way of measuring whether yoga is benefitting his students. “It’s difficult to measure the level of happiness and confidence in a scientific manner. But I’ve seen pure joy on my student’s faces when an impossible pose becomes possible, and I’ve witnessed their confidence grow. Yoga makes people relax and feel good about themselves at the same time, and these are two emotions that are difficult to quantify.”

Lack of scientific evidence didn’t stop the yoga industry from evolving and hitting important milestones in quick succession. Evolution Asia Yoga Conference set up in 2007, Leading Canadian yoga wear brand Lululemon set up shop in 2011, AntiGravity® Master Fitness trainer Tamer Begum introduced Aerial yoga with great success in 2014, and Hong Kong’s first yoga and wellness festival IRIS launched in 2015. After just six events IRIS grew from a small yoga gathering of 100 people to a weekend event with over 60 vendors and an estimated 4,000 attendees for 2018. The weekend festival, which just completed its sixth edition, transforms West Kowloon Park into a hotbed of outdoor yoga, meditation and wellness activity hubs and a marketplace with healthy lifestyle food and merchandise.

After just six events IRIS grew from a small yoga gathering of 100 people to a weekend event with over 60 vendors and an estimated 4,000 attendees for 2018.

Despite the multiple Lululemon-clad yoginis at Evolution and Iris, the demographic of yoga students has evolved to include more men and children. “In the 80s and 90s, most students who joined the community classes were housewives in their 40s and 50s. There were hardly any males or youngsters,” founder of Hong Kong Yoga Association, Dickson Lau observes. This is slowly changing, and Pure Yoga’s research indicates that their male membership increased from 15% in 2007 to 35% in 2017. Their research also illustrates that more athletes and seniors are taking up yoga, which they credit to yoga’s health benefits becoming more widely accepted. On the other hand, the popularity of children’s yoga in Hong Kong can be credited to Gecko Yoga, the first internationally accredited Children’s Yoga Teacher Training school in the city, which opened in 2009.

See also: 10 Hong Kong Yoga Studios To Get Your Zen On

With so many yoga trends, festivals and conferences happening in Hong Kong it’s easy to forget that although our first association of the word yoga may be with physical poses, meditation is also a vital component of the ancient practice. The Raja Centre is still offering complimentary mediation classes 47 years later and has accommodated extra demand by opening two more centres and adding multiple language services to their Causeway Bay centre. “We’ve never asked for money, and that’s a prominent point for us,” Raja Yoga Centre Hong Kong’s National Coordinator Rohini Bhatt says. “Recently, we’ve seen an increase in the demand from the Hindi and Indian community but have also noticed that meditation hasn’t grown as fast as Hatha yoga.”

All indicators point to yoga continuing to rise to an all-time high in Hong Kong. The local yoga community groups on Facebook are growing, more teachers are graduating year on year, and there are more types of yoga styles to choose from than ever before. The next trend may be modern and luxurious meditation centres, dedicated to restoring peace of mind, like Inscape in New York, and that can only be a positive thing. 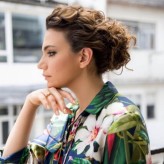 Dervla Louli is the Founder of wellness travel portal CompareRetreats.com and a Digital Editorial Consultant based in Hong Kong. She was formerly the Digital Editor of Hong Kong Tatler, the Director of Integrated Content at Edipresse Media Asia and the Managing Editor of Sassy Media Group. She has moderated events at The British Chamber of Commerce, Hong Kong University and Swire Hotels, and was the youngest panel member invited to speak at the Goldman Sachs' International Luxury Conference in 2013. She is a member of the Global Shaper Community, part of the World Economic Forum and a certified yoga teacher.