Food To Get You In The Mood: The Valentine’s Diet You Actually Want To Know About
Food Guides, Nutrition
February 12, 2019 by Amanda Sheppard
0

Health means different things at varying times—and when it’s coming up to Valentine’s Day, we’re less worried about counting calories and more concerned with eating food that will give our date night that extra spark. We all know about the foods to avoid (hopefully you’re already skipping the raw garlic and onions for the sake of your date), but what about the grub that can actually enhance our romantic evenings? From libido boosters to mood enhancers, some food has some sexy superpowers we’re definitely going to be maxing out on this V-Day—and it’s not all about chocolate-covered strawberries and freshly shucked oysters. Look out for these ingredients on the menu for the ideal food to get you in the mood this Valentine’s Day.

For most people, coffee isn’t a difficult ingredient to integrate into daily life. The elixir of life, as it’s known to those who rely on it to function, contains caffeine. While not healthy for you in excess, a moderate dose can elevate your mood, by increasing levels of dopamine (the pleasure receptors in your brain), leaving you happier, healthier and with a little spring in your step.

See also: 5 Healthy Hacks To Have Your Chocolate And Eat It Too

Obvious jokes about their shape aside, bananas can actually help to trigger the production of testosterone in men, as they contain an enzyme called bromelain (also found in pineapples). It’s also packed with potassium, which gives you added energy throughout the day and doesn’t leave you with the afternoon crash that too much caffeine can cause. Potassium also helps to strengthen muscles and is said to be a known contributor to stamina.

There isn’t an abundance of evidence to confirm its effects, but existing data does support the claim that ginseng acts as an aphrodisiac. Red ginseng, in particular, has been said to increase arousal in women, as it promotes the naturally occurring effects of oestrogen in the body. It has also been used to treat impotence among men. Ginseng can be taken as a tea, ingested as tablets, or eaten in a wide range of traditional Chinese and Korean delicacies.

Avocados have been eaten as a sensual snack for millennia. The ancient Aztec word for avocado – ahuacatl – translates to testicle, demonstrating a clear correlation between fruit and fervour. The pear-shaped fruit contains high levels of folic acid, and Vitamins B6, which contribute to the production of testosterone in men, while Vitamin E helps to keep energy levels high.

From humble beginnings, the fig has transformed into something of a symbol of sexuality. Figs are thought to be the world’s oldest fruit—it was fig leaves that covered Adam and Eve’s modesty. The amino acids in the fruit help to boost libido, and are said to have a positive effect on stamina.

Looking to add a little spice to your life? Chilli peppers can do just that, in more ways than one. The capsaicin in the hot peppers causes a release of adrenaline. That tongue-tingling spice can elevate your heart rate and make you sweat, both of which are said to replicate the feeling of arousal in the human body. Food for thought, the next time you think about reaching for the chilli flakes.

Cleopatra reportedly bathed in saffron-scented milk to amp up her sex-appeal. She caused quite the love triangle back in her day, so she may have been on to something. Saffron is known to reduce stress and anxiety levels and to help elevate moods, so it’s probably good to have on Valentine’s Day and beyond. Use it sparingly though; as one of the most expensive spices in the world, it’s worth more than its weight in gold.

All berries are high in zinc, which is why strawberries get a sexy reputation—but raspberries actually beat out the ever-popular strawberry on the nutritional value front. Plus, you’ll get kudos from your date for being a little more original this Valentine’s Day. High zinc quantity is what makes oysters a renowned libido booster too, though this plant-based alternative offers none of the toxicity of oysters, and is a little friendlier for the planet to boot. 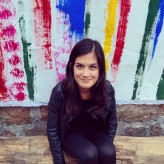 The former Art & Culture editor at Time Out Hong Kong magazine, Amanda is a freelance lifestyle writer based in Asia's world city. Amanda grew up in Asia, loves hiking, stand up paddle boarding, and a day well spent outdoors. Her last holiday sunrise trekking along Indonesian volcanic landscapes gave her a taste of the healthy holiday bug, and she’s been on the lookout for her next great adventure ever since.